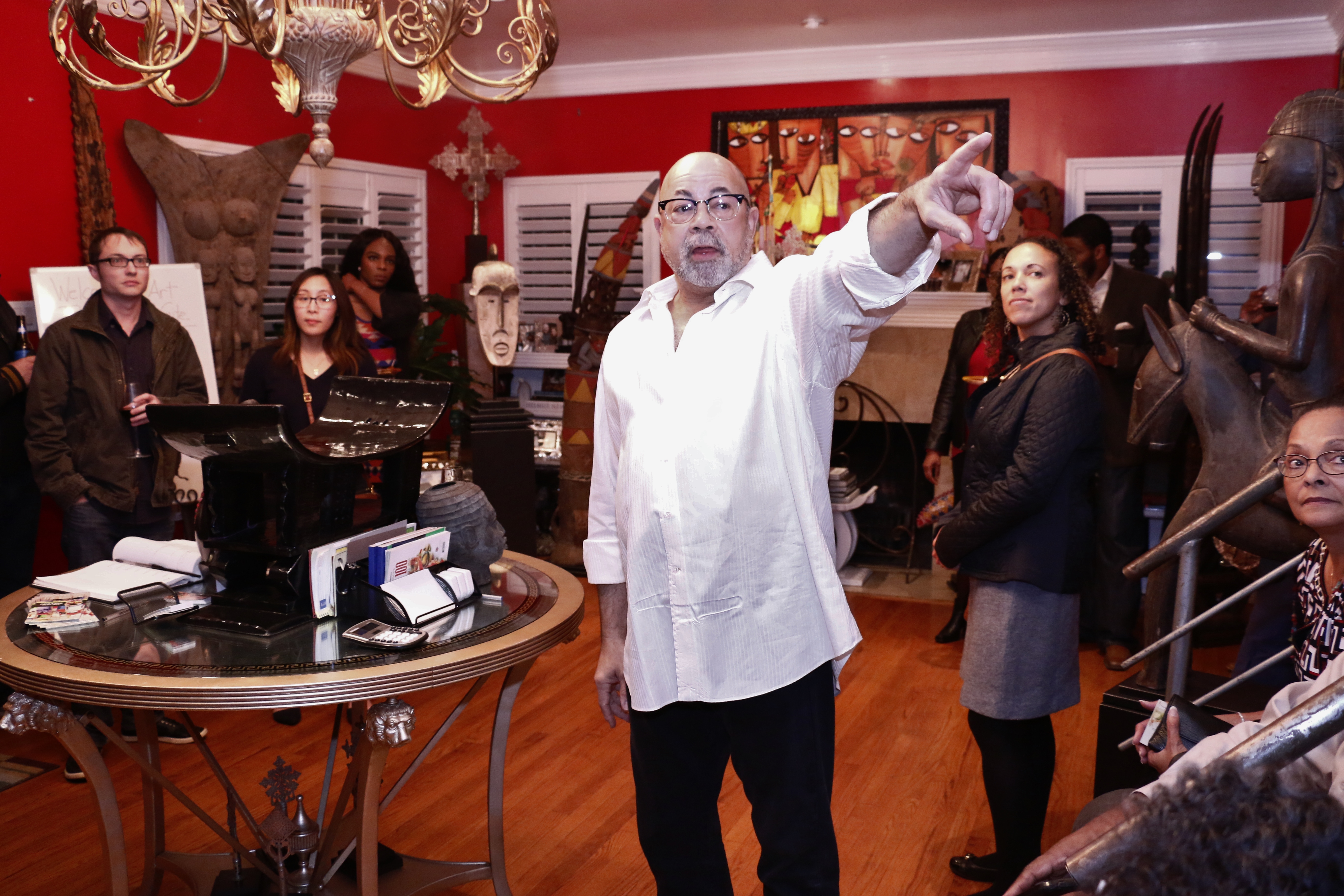 As part of our First Friday cocktail parties, February 3, was special.  Gallery owner Lloyd Gite treated about 75 guests to a lecture about Cuban and Afro-Cuban art and its similarities with African-Art.

Gite, who has visited Cuba twice to buy art, spoke for about 20 minutes about why he chose to go to Cuba and especially seek out Black Cuban artists. He then opened the conversation up for questions. Several of those in the audience were from Cuba and had a lot of questions about the island and its present day political climate.  One Cuban American woman thanked Gite for bringing back the art of regular Cubans and not just the ones who have achieved international acclaim.