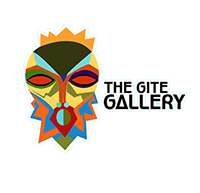 At the other end of the spectrum, Houston dealer Lloyd Gite, who has sold African art from his Third Ward gallery for more than 20 years, is also riding the Cuban wave. He has visited the island twice.

“I wanted to get there before there was a McDonald’s on every corner,” he said.

Surprised and impressed by Cuba’s museums and art galleries, he went looking for bargains in Old Havana because he buys work outright, for resale.

Gite sold the first 70 works he brought home in 2015 for $100 to a few thousand dollars. Last year, he rolled up about 60 more canvases to carry home on the plane. He said they are selling well, too.

Among his favorites are the surrealist, santeria-inspired paintings of Eduardo “Exposito” Gonzalez, which feature primitive-looking figures on highly textured, layered and glossy canvases. Gite is also thrilled to have limited-edition prints by the internationally known Choco (Eduardo Roca Salazar), who graduated from the Cuban National Art School. Choco’s originals are already beyond his price range, Gite said.

“People like Choco are making a killing right now. His work is expensive even by U.S. standards.”

With others, however, Gite feels his business is necessary. “When we buy from these artists, we’re putting food on their tables,” he said.

He appreciates the conceptual works of “Adiós Utopia,” some of which are monumental and suited only for museum display. “But that kind of art is not for everybody,” he said. “Our average buyer is upper-to-middle-income professionals.”

Yet even at the level where he operates, Gite expects Cuban art prices to rise. “I will not be able to afford these works in a few years,” he said.